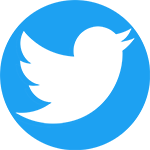 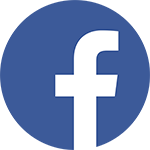 Join the conversation on SCENE's Facebook page and share your favourite ways to earn FREE movies and more with other SCENE members. Plus, you’ll be instantly connected to exclusive updates, contests, and the best ways to earn bonus points!

THIS CONTEST IS OPEN TO CANADIAN RESIDENTS ONLY (EXCLUDING RESIDENTS OF QUEBEC), WHO HAVE A VALID SCENE MEMBERSHIP CARD AND IS GOVERNED BY CANADIAN LAW.

By participating in the Kelseys Sweepstakes Contest (the “Contest”), each entrant (hereafter referred to as the “Entrant”) agrees to be legally bound by these Official Contest Rules (the “Rules”) and the decisions of the Sponsor (defined below) with respect to all aspects of this Contest, which are final and binding on all Entrants without right of appeal.

Each Entry automatically enters the Entrant into a random draw for a Prize (as defined below). To be eligible, your Entry must be received within the Contest Period in accordance with these Rules.

No Purchase Method: Send an email to dricco@recipeunlimited.com containing your full name, telephone number, SCENE card number and a unique and original essay of a minimum 500 words (the “Essay”) on why you should win a $250 UDC Gift Card and 25,000 SCENE points. There is a limit of three (3) no purchase entries per person per unique and original Essay during the Contest Period, as determined by the Sponsor in its sole and absolute discretion.

All entries are collectively referred to as “Entries”. Your Entry will be rejected if (in the sole and absolute discretion of the Sponsor) the Entry is not fully completed and submitted during the Contest Period. Use (or attempted use) of any automated, macro, script, robotic or other system(s) or program(s) to enter or otherwise participate in or disrupt this Contest is prohibited and is grounds for disqualification by the Sponsor. The Releasees (defined below) are not responsible for late, lost, misdirected, delayed, incomplete or incompatible Entries (all of which are void).

All Entries are subject to verification at any time for any reason. The Sponsor reserves the right, in its sole and absolute discretion, to require proof of identity and/or eligibility (in a form acceptable to the Sponsor – including, without limitation, government issued photo identification), to participate in this Contest. Failure to provide such proof to the satisfaction of the Sponsor in a timely manner may result in disqualification. The sole determinant of the time for the purposes of a valid Entry in this Contest will be the Contest server machine(s).

You must be a SCENE member to enter. Membership is absolutely free and no purchase is required in order to become a Member. To enroll, you must be a legal resident of Canada, with a valid Canadian address, a valid email address and be 14 years of age or older. To become a Member, simply complete a SCENE Program online enrollment membership form available at www.scene.ca accurately and completely.

Following the Draw Date, SCENE or its designated representative will make a minimum of two (2) attempts to contact each selected Entrant (using the information provided by email) within five (5) business days of the Draw Date. If the selected Entrant cannot be contacted within five (5) business days of the Draw Date, or if there is a return of any notification as undeliverable; then he/she will be disqualified (and will forfeit all rights to a Prize) and the Sponsor reserves the right, in its sole and absolute discretion, to randomly select an alternate eligible Entrant from among the remaining eligible Entries received during the Contest Period (in which case the foregoing provisions of this section shall apply to such new selected Entrant).

BEFORE BEING DECLARED A CONFIRMED PRIZE WINNER, the selected Entrant will be required to: (a) correctly answer a mathematical skill-testing question without mechanical or other aid; (b) confirm compliance with these Rules; (c) acknowledge acceptance of the Prize as awarded; (d) release the Contest Parties and SCENE GP, and each of their respective officers, directors, agents, representatives, successors and assigns (collectively, the “Releasees”) from any and all liability in connection with this Contest, his/her participation therein and/or the awarding and use/misuse of the Prize or any portion thereof; and (e) agree to the publication, reproduction and/or other use of his/her name, address, voice, statements about the Contest and/or photograph or other likeness without further notice or compensation, in any publicity or advertisement carried out by or on behalf of the Sponsor in any manner whatsoever, including print, broadcast or the internet. If the selected Entrant: (a) fails to correctly answer the skill-testing question; (b) fails to respond within the specified time; and/or (c) cannot accept the Prize as awarded for any reason; then he/she will be disqualified (and will forfeit all rights to the Prize) and the Sponsor reserves the right, in its sole and absolute discretion, to randomly select an alternate eligible Entrant from among the remaining eligible Entries received during the Contest Period (in which case the foregoing provisions of this section shall apply to such new selected Entrant).

CONTEST ENTRIES ARE VALID ONLY IN CANADA. TO BE ELIGIBLE TO ENTER THESE CONTESTS ENTRANT MUST MEET THE REQUIREMENTS SET OUT BELOW. CONTESTS WILL BE CONSTRUED AND EVALUATED ACCORDING TO APPLICABLE CANADIAN LAW. SUBMISSION OF AN ENTRY CONSTITUTES ACCEPTANCE OF ALL OF THE CONTEST RULES.

These Generic SCENE Social Media Contest Rules (the “Rules”) apply to social media contests sponsored and administered by SCENE LP (“SCENE” or “Sponsor”) where you can enter or participate via Facebook, Twitter and/or Instagram (each a “Social Media site”), except where there are specific rules for a particular contest. Unless otherwise stated herein, Contest details including, but not limited to, contest end date and time, how to enter, eligibility and prize description (the “Contest Details”) will be posted on the applicable Social Media site(s).

Specific details on how to enter each contest will be posted on the applicable Social Media sites.  Entries may require inclusion of hashtag #AreYouIn, as well as any other hashtag indicated in the Contest Details.  Unless otherwise stated, participants may only enter the Contest once.  In the event the Sponsor discovers attempts by an entrant to enter more than the maximum permitted each entry will be discarded and the entrant will be disqualified at the sole discretion of Sponsor.  The odds of winning will depend on the total number of eligible entries received during each day of the Contest Period.

If the Contest requires entrants to submit a photo or video, the following rules apply:

By submitting a photo or video and/or winning a prize, you:

The description of the prize(s), the number of prizes available and the approximately retail value of each prize will be set out in the Contest Details.

The prizes do not include anything not explicitly set forth in the prize description.  All prizes must be accepted as awarded without substitution and are not transferable or redeemable for cash or allowed to be sold. The Sponsor reserves the right to substitute any prize for one of equal or greater value in the event that all or any of the components of the prize is unavailable. In the event that a winner is unable to redeem the prize, in whole or in part, due to reasons beyond the control of the Sponsor, its employees, representatives, agents and all parties associated with this Contest, no compensation or substitution prize will be provided.

Unless otherwise stated in the Contest Details, the Contest is open to legal residents of Canada (excluding Quebec, Yukon, North West Territories and Nunavut) who are SCENE members and are at least 14 years or older as of their initial date of entry. Contest is not open to employees and those domiciled with employees of the Sponsor or any of its parents, subsidiary or affiliated companies, licensees, advertising and promotional agencies ("Related Parties"). Sponsor reserves the right to verify the age of potential Prize winners and that such persons are not employees (or domiciled with employees) of any Related Parties. Void where prohibited.

By entering the Contest, entrants accept and agree to be bound by these Rules and the decisions of the Sponsor, which are final, binding and conclusive on all matters relating to the Contest.  The Sponsor reserves the right to disqualify any entrants who fail to follow the Rules or who make any misrepresentation relating to the Contest, drawing and redemption of any prize. The Contest is subject to all applicable federal, provincial and municipal legislation. Entry constitutes permission to use the winner’s name, photograph and/or voice recording for publicity purposes without additional compensation or permission, except where prohibited by law.

The Sponsor shall not be responsible for any failure of the website or any wireless network failure during the Contest or for any problems or technical malfunction of a telephone network or lines, computer on-line systems, servers, access providers, computer equipment, software, failure of any e-mail, on-line, or Internet entry to be received by the Sponsor. In addition, the Sponsor shall not be responsible due to technical problems, traffic congestion on the Internet or at any website or wireless network, or any combination thereof including any injury or damage to an entrant's or any other person's computer, mobile phone or property related to or resulting from playing or downloading any material in the promotion. The Sponsor reserves the right, at its sole discretion to cancel, suspend or modify the Contest for any reason should any cause beyond the reasonable control of Sponsor corrupt the security or proper administration of the Contest.  Any attempt to deliberately damage any website or to undermine the legitimate operation of this promotion is a violation of criminal and civil laws, and should such an attempt be made, the Sponsor reserves the right to seek remedies and damages to the fullest extent permitted by law, including criminal prosecution. Entries are subject to verification and will be declared invalid if they are illegible, incomplete, mechanically reproduced, mutilated, forged, falsified, altered or tampered with in any way.

Neither Sponsor, Facebook, Twitter and/or Instagram shall be responsible in any way for the use of, or bear any liability whatsoever in any way attributable to, the prize(s) awarded in the Contest or the events forming part of the Contest. By participating or accepting a prize, all entrants release and hold harmless the Sponsor, Facebook, Twitter and/or Instagram and their respective subsidiaries, affiliates, officers, directors, employees, representatives and agencies from any and all liability or any injuries, loss or damage of any kind arising from or relating to participation in the Contest or acceptance, use, misuse or nonuse of the prize or parts thereof, and from liability to any other persons relating to or resulting from entering the Contest.